First foal championship of the year big hit for Sc... 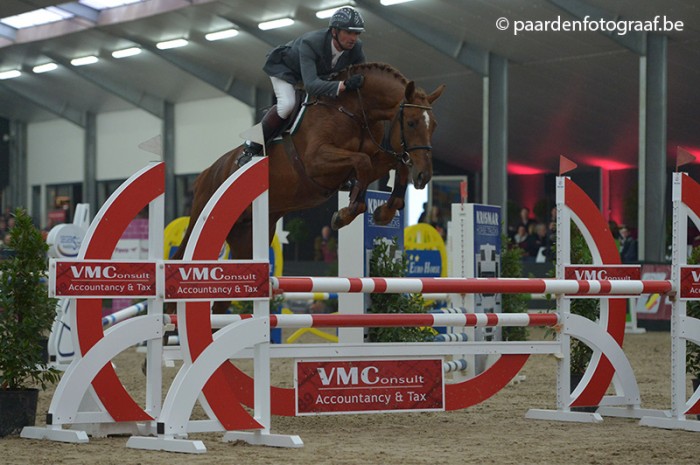 The most eye-catching performance of last weekend in the big sport was taken care of by Antonio Alfonso and Chic Hyn d’Hyrencourt (f. Taran de la Pomme). This duo was the only double clear and therefore, they got hold of the victory trophy in the GP4* of Geesteren. In the Italian city of San Remo, the win belonged to Giulia Levi and Van Dutch Z (f. Vigo d’Arsouilles).

Finally, our stallion Kasanova de la Pomme, came very close to victory in the national GP of Grabow Blumenthal, but eventually ended up with a great second place.

Not only at the GP-level, but also in other classes there were some great results. In Sopot, Vagabond de la Pomme (v. Vigo d’Arsouilles) and Eros (f. Querlybet Hero) helped the French team to a second place in the Nations Cup. Bas Moerings and Fasther (f. Vigo d’Arsouilles) won a 1.40m-class in Geesteren and in Moorsele, Vincent Lambrecht and Just Energie (f. Nabab de Rêve) jumped to a second place over 1.45m.

Last but not least, a short recap of all the great results achieved by some promising youngsters. Nimrod de Muze Z (f. Nabab de Rêve) excelled in Deauville with two victories and a fifth place in the classes for seven-year-olds. Laurent Goffinet is his rider. Bono ter Linden (f. Bamako de Muze) grabbed a win in the classes for five- and six-year-olds in Moorsele with Guillaume Ruant and Hayley (f. Glock’s London) once more showed his capabilities, ridden by Omer Karaevli.