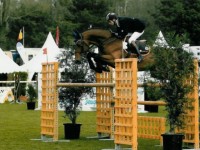 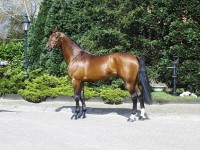 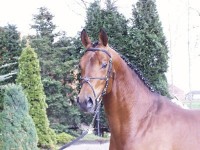 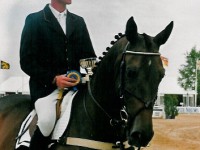 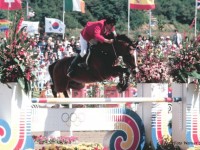 The embryo product Triomphe de Muze has his talent from no strangers. His father Chin Chin was sixth on the Olympics Seoul and his mother Caprice d Ifrane (v. Galoubet A) was awarded in 1997 with the "elite predicate." Caprice classified himself as a six year old in fourth place in the final standings of the Belgian Championship in Gesves - in 1996 she won the semi-final of the six-year. His half-brother Roetnik de Muze (v. Quidam de Revel) was approved in 1997 for BWP USA.
Triomphe de Muze is doing very well in the sport. At four, five and six year, he won the Classic Cycle. As a seven-year-old he began his international career. He won several trials of 1.30m. He also won a Grand Prix for seven year old horses in Hardelot, France and he also was qualified for the World Championships in Zangersheide (Lanaken). He subsequently won numerous international rankings among the French rider David Jobertie.