All eyes on the second phase of the BWP Stallion A... 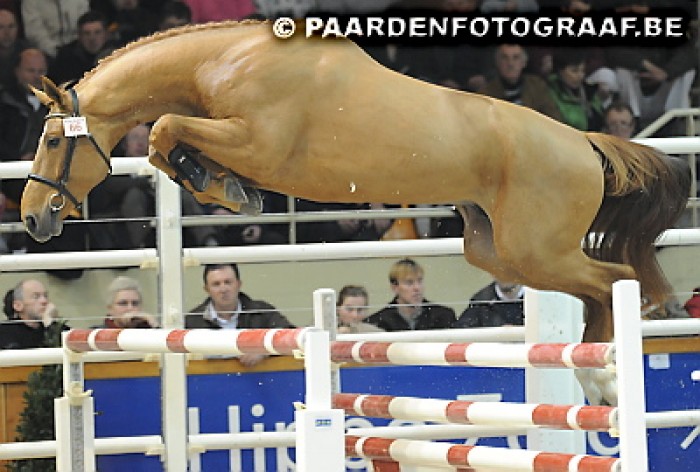 No competition takes place or Gancia de Muze impresses. This time, the daughter of Malito de Rêve jumped at the five star competition in the Swiss city Basel and once again she took a fine amount of prize money with her as she placed fourth in the GP, ridden of course by Niels Bruynseels.

At the same event, Inca Boy van ‘t Vianahof (f. Diamant de Semilly), half-brother to our BWP-approved stallion Navajo van ‘t Vianahof, confirmed that he is one of the up and coming jumping horses by not making a single jumping fault during the whole competition, just as he did at the London Olympia Horse Show before Christmas by the way. Inca Boy is under the saddle of Edwina Tops-Alexander.

Finally, in Neustadt-Dosse, the GP was won by Naccord Melloni (born as Encore Nabab O.H.), a KWPN-bred progeny of Nabab de Rêve. This horse is exceptional, not our words but the ones of his rider, Polish national Wojciech Wojcianiec, who claims it is one of the best horses he has ever ridden.

A little closer to home, our sBs-approved four year old stallion Andy Pur VDM Z has jumped his first round. You can watch it on our YouTube-channel or on our Facebookpage.

Over then to the most important event of this week, the BWP Stallion Approvals. The new breeding season is almost upon us, so it is time to have a look at the top sires of the future and they all have to start somewhere, so why not the BWP Stallion Approvals. This week it is time for the second phase. As usual, Stal de Muze is very much present, not only by stallions that are (partially) owned by Stal de Muze, but even more through sires that have a maternal or paternal connection with Stal de Muze.

A first example is Perseus de Muze, number two of the participants list. This Perseus is a son of By Cera d’Ick and his lineage goes back to Fuga de Muze, full sister of GP-mare Ferly de Muze, followed then of course by Qerly Chin. Equally related to Qerly Chin is Pommerol de Muze (f. Emerald N.O.P.). His mother is La Chica de Muze and then we see Walnut de Muze and of course once again Qerly Chin. The influence of the latter is even bigger, because Picasso van ‘t Koningsbos and Cazan van het Schaeck Z, sired by respectively Cornet Obolensky and his son Comme Il Faut, also stem from the direct dam line of Qerly Chin.

Not all stallions connected to Stal de Muze carry the suffix of the stable. This is the result of our breeding philosophy to combine forces with the breeders and like that, strive for the best result possible. For example, Palm Beach JW van de Moerhoeve is a son of Diamant de Semilly out of one of our references, Ischgl de Muze. The same counts for Paulo van HD (f. Gemini xx) and Phoenix van de Moleneed (f. Diamant de Semilly), who both have Calgary winner Candy (f. Nabab de Rêve) in their maternal lineage. Candy is owned by Stal de Muze. We continue, Popeye van ‘t Klavertje Vier, sired by Cornet Obolensky, has Funky Music as his grandmother. Funky Music jumps at the highest level with Ann Carton-Grootjans and is also mother to our Approved Stallion El Toreo de Muze (by Taran de la Pomme).

It does not stop there, but it would take us to far to point out every single maternal reference to Stal de Muze. So to round up, it is maybe interesting to take a look at how the ‘de Muze’-sires have performed as supplier of potential sires. Looking at the list, there are quite a lot of these stallions that have a ‘de Muze’-father: By Cera d’Ick (1), Denzel van ’t Meulenhof (1), El Torreo de Muze (1), Elvis Ter Putte (1), Gemini xx (clone) (6), Hunters Scendro (1), Le Blue Diamond van ’t Ruytershof (1), Nabab de Rêve (1) and Vigo d’Arsouilles (4) all have some progeny in the running. Let’s see what the second phase brings! 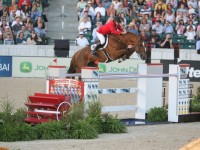 One last look back, but particularly a look at the future