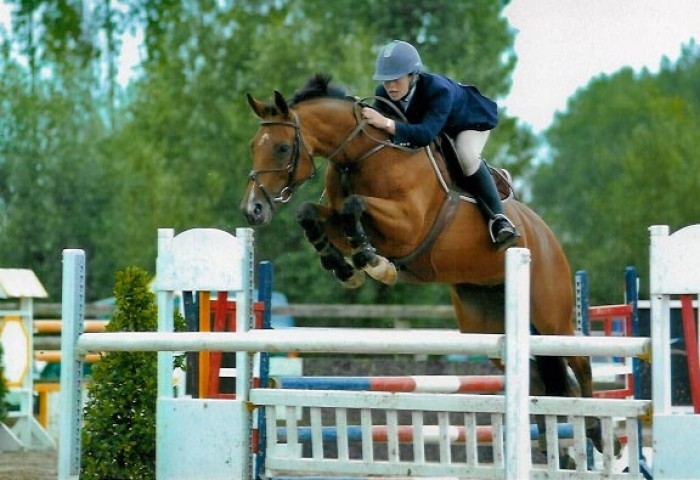 Simultaneously with the Belgian championships for young horses, ET-Auction will host its next online auction. This week, the new collection has been announced and it is once more stuffed with some excellent genetics.

What to think for example of the full brother or sister to Olympic champion Nino des Buissonnets (Kannan x Narcos II). The best damlines in Belgian showjumping breeding are also represented. The “van ‘t Roosakker”-damline contributes an embryo by Mylord Carthago. Mylord Carthago’s mother Fragance de Chalus, also has two embryo’s out of her line in the auction (one by Kashmir van ‘t Schuttershof and one by Tornedo FCS). Qerly Chin on her turn has given an embryo by Nixon van ‘t Meulenhof (half-brother to Emerald N.O.P.) via her greatgrandchild My Lady van ‘t Meulenhof. Finally, the damline of Vigo d’Arsouilles offers an embryo by the legendary Quick Star.

Not only the embryo’s look very promising, there are also some talented youngster in the collection. Quelle Histoire de Tamise for example is a first year-offspring of Mosito van het Hellehof. His damline is the one of Hos d’O (f. Dollar dela Pierre). Little Comet DXB is a very promising daughter by Comme Il Faut and Riviera Z, former top horse of Jos Lansink and Hubert Bourdy, contributes two grandchildren to this auction. Icing on the cake is Qrazy JW van de Moerhoeve. This two-year-old daughter of Emerald N.O.P. has as a grandmother the half-sister of the amazing Quickly de Kreisker. Qrazy JW is in foal to Opium JW van de Moerhoeve.

These are only a couple of highlights from the collection, you can see the rest for yourself at www.et-auction.be.

The auction starts on the 9th of August and runs until the 13th or the 14th of August.

Let’s continue with the horses that have already proven themselves a little bit more, like Freestyle de Muze (f. Lord Z) for example. With Richie Moloney, Freestyle was part of the winning Irish team in the tough Nations Cup of Hickstead. Our stallion El Torreo de Muze also keeps confirming his gigantic potential. The eight-year-old son of Taran de la Pomme out of Funky Music (f. Vigo d’Arsouilles) finished tenth in the GP3* of Lier.

Some more Vigo d’Arsouilles genes in the spotlight in Berlin last weekend, with Alberto Zorzi and Fairlight van ‘t Heike (f. Vigo d’Arsouilles) winning the GCT GP. A much younger Vigo-descendant was crowned Luxembourg Foal Champion. This Vubalix is bred out of a mare by Larno.

In the US (Del Mar), the seventh place in the GP2* went to Firestone S (f. Querlybet Hero) with Canadian rider John Pearce. Querlybet’s offspring also did well in Zuidwolde, where Google placed himself two times in the classes for seven-year-olds with Anouk Van der Pluijm. In Fontainebleau, it was once more a seven-year-old Querlybet-descendant that impressed. Lubie d’Elan is ridden by Frederic Bouvard. 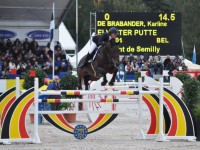