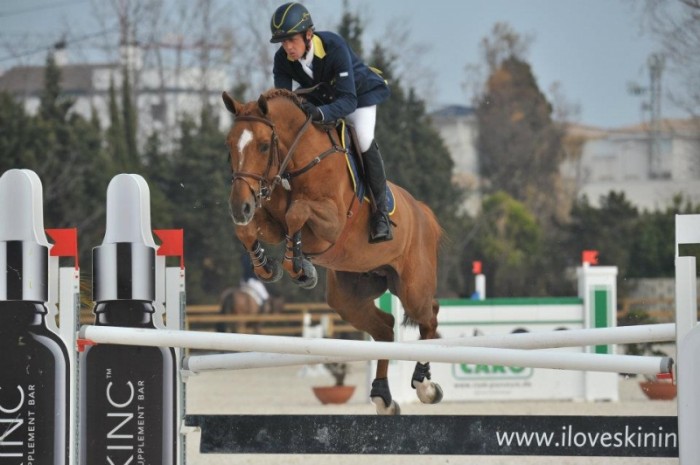 Figo de Muze, better known under his new name Golden Hawk, experienced an amazing last week of 2018. Figo descends from Vigo d’Arsouilles out of the famous mare Ta Belle van Sombeke, which makes him a half-brother of Glock’s London (ex-Carembar de Muze, f. Nabab de Rêve). Not only did Figo win the GP of Liverpool with Shane Breen, but his daughter Evita van ‘t Zoggehof was victorious in a 1.50m-class in Mechelen as well, ridden by Lorenzo De Luca. Evita is out of the mare Anais Anais de Muze and goes back to the famous Fragance de Chalus-damline.

As usual, there were some more great achievements in Mechelen. In the five star classes, Zinius and Harrie Smolders (f. Nabab de Rêve) realized a second place over 1.45m, while Gilles Thomas and Konak (f. Nabab de Rêve) became fifth in another class at the same height.

Finally, in the classes for Junior riders, we noted a win and a fourth place for Max Sebrechts and Cacacha van het Schaeck (f. Bamako de Muze). 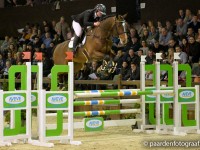