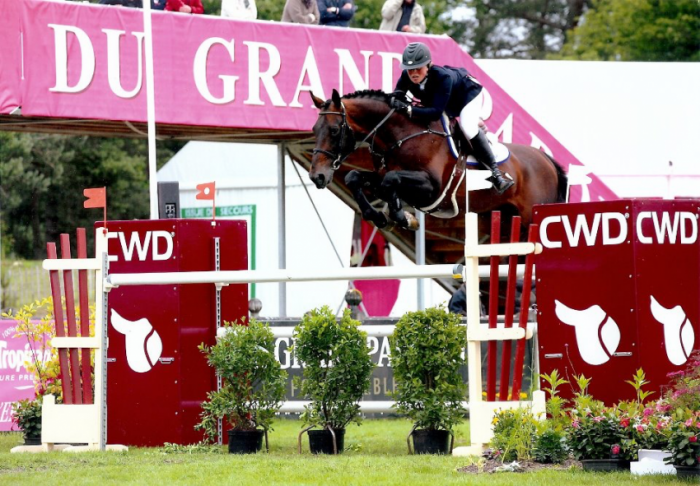 People that regularly consult the performances of young horses, probably have known this for quite some time, but it has become impossible to ignore the excellent results of the Elvis ter Putte-offspring.  His name pops up in the rankings all the time. According to the IPV-ranking of HorseTelex, at this time, already 34 sons and daughters have scored points internationally. It seems that the expectations created by his own pedigree, are easily exceeded by Elvis’ offspring.

Last weekend, once again, there were some notable performances. In Kronenberg, the very promising Hello Zachary (ex-Markies van de Donkhoeve, mf. Lord Z) jumped to a second place in the class for five- and six-year-olds, ridden by Scott Brash. In Opglabbeek, it was Mimi de Laubry (mf. Darco) that placed third in the six-year-old class. Mimi was ridden by Swedish rider Sofia Westborg.

In the STX Cyclus, he is excellently represented as well with Next Funky de Muze (mf. Vigo d’Arsouilles), half-sister to our El Torreo de Muze, once more producing a clear round with Katrijn Van Hoecke. Furthermore, in the United States, it was his son Mevis de Muze (mf. Tinka’s Boy) that was declared best young horse in the country.

The main part of this week of course stems from the third week of the Z-Tour in Lanaken, but first we go abroad for a quick overview. In the French city of Vittel there was a third place for Lord de Muze (f. Nabab de Rêve) in the class for seven-year-olds. A bit further away, in Sancourt, Bali de l’Heribus (f. Vigo d’Arsouilles) became second in a 1.40m-competition, with Beijing Z (f. Bamako de Muze) finishing fourth in the same class. Beijing was ridden by Cederick Deknudt. In Linz-Ebelsberg (Austria) there was a fifth place for the seven-year-old Newton Jp Z (f. Nabab de Rêve).

Back to Lanaken, where our star Fantomas de Muze showed his exceptional qualities once more and became victorious with Karline De Brabander in the 1.50m-class. Besides his own performances, his offspring also delivered, with Karlin van het Vennehof finishing second and Lancaster finishing seventh in the U25 1.40m. These horses were ridden by respectively Gilles Thomas and Vicky Van de Poel.

Only nine years of age, Navarone Z jumped very promising with his Dutch rider Gerben Morsink, becoming fifth in a 1.50m and sixth in the GP. The GPU25 gave a spot on the podium to Christophe De Brabander and Genève de Muze (f. Vigo d’Arsouilles). The duo became third. Genève is the mother of for example Le Coultre de Muze (f. Presley Boy).

Finally, in the classes for young horses, there was a fourth place for Gotha de la Brasserie. This son of I’m Special de Muze was ridden by Christophe Vanderhasselt.

To conclude, we have Oilily de Muze. This daughter of Vigo d’Arsouilles was piloted fault-free to the finish line by Brent Van Damme. 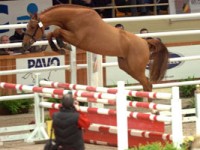