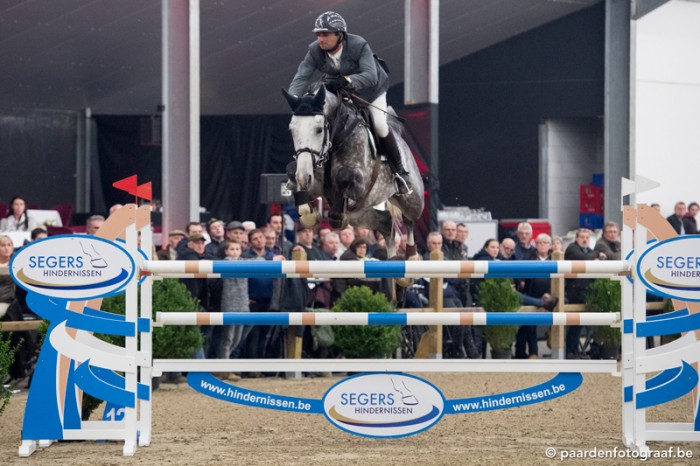 El Torreo is starting to get in great shape again. He proved that in Lier last week, where he grabbed a third and a fourth place in the rankingclass on Saturday and the GP on Sunday respectively, ridden by Bernardo Alves.

In the GP2* of Valkenswaard, Yuri Mansur rode Lou Lou VLS (s. Elvis Ter Putte) to a nice sixth place and our stallions also did great. Navajo van ‘t Vianahof jumped clear in a 1.20m and a 1.25m-class, Lector vd Bisschop added two clear rounds over 1.40m and Kasanova de la Pomme made no mistakes in a 1.35m and a 1.45m-class. All stallions were ridden by Karline De Brabander.

Our own breeding product Important de Muze (s. Erco van ‘t Roosakker) seems to have found his rider in Darragh Kenny. The duo became third in the very hard GP5* of La Baule.

Zinius was on the winning side again in the GCT/GCL of Madrid. He grabbed the victory in a 1.45m-class with Harrie Smolders. In Nörten-Hardenberg, Jolie van het Molenhof (s. Nabab de Rêve) showed her class by finishing fifth in a 1.50m-class and third in the GP (1.60m) with Werner Muff. Naccord Melloni (s. Nabab de Rêve) and Wojciech Wojcianiec were part of the Polish team that became second in the Nations Cup of Drammen and in Sancourt, we noted a fifth place for Bjorn Vandenbossche on Juristo van het Hagenhof (s. Elvis Ter Putte) in the GP2*.

At the national level, there was one outstanding performance by Mithras de Regor. He won the STX Cycle-leg for seven-year-olds in Basècles after being runner-up a couple of times before. He was of course ridden by Guy Beyers. 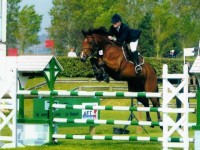