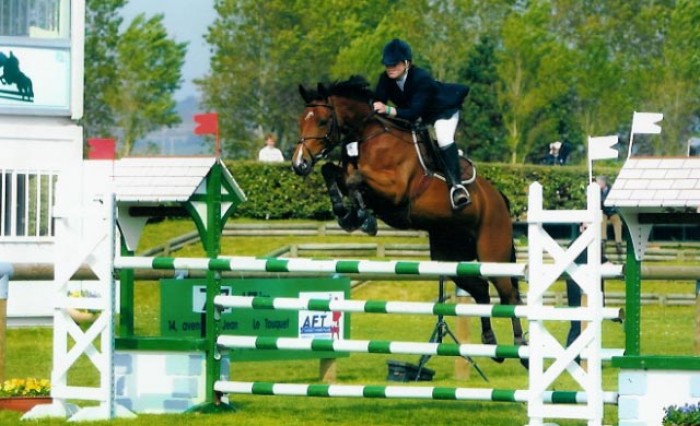 We start our weekly newsletter with an in memoriam, because earlier this week we had to say goodbye to our very dear Fragance de Chalus. Fragance has given us so much thanks to her great offspring that performed in the biggest classes all over the world. She luckily lives on through her son Bamako de Muze and her grandsons Kasanova de la Pomme and Lector vd Bisschop. Rest in peace, Fragance.

He was untstoppable, our Fantomas de Muze, during the second week of the competition in Valkenswaard. After already finishing fourth in the Longines Ranking class on Tuesday, he also grabbed an excellent ninth place in the GP, ridden by Karline De Brabander of course. In the same GP, Thomas Van Minnebruggen ended fourth on Koshin de Muze (s. Vigo d’Arsouilles).

In the GP5* of Windsor, Gancia de Muze (s. Malito de Rêve) showed her extreme capacities once more. With Niels Bruynseels, she clocked the fastest time in the jump-off, but one unlucky rail at the last fence put them in fourth place.

Juan Carlos Garcia and his old but golden Gitano van Berckenbroek (s. Nabab de Rêve) showed to be in great shape in Italian Montefalco. They won a 1.45m-class and on top of that, they became fourth in the GP (1.50m). A fifth place was the result for Paolo Adorno on Fer Z.G. (s. Nabab de Rêve) in another class at level 1.45m.

On French soil, Fontainebleau and Maubeuge were the places to be last week. That resulted, among others, in a third place for Thibeau Spits and Bellissimo Z (s. Bamako de Muze) in a 1.50m-class in Maubeuge, with the same duo also finishing eighth in the GP.

In the classes for young horses in Fontainebleau, Mowgli ‘sv’ (s. Fantomas de Muze) made himself noticed, ridden by Alix Ragot and in the GP of Fontainebleau, we noted an eighth place for Vino Z (s. Vigo d’Arsouilles). Vino Z was ridden by Robin Muhr.

In Gross Viegeln, there was a second place for Omer Karaevli on Gotham City PL (s. Filou de Muze) in a class for seven- and eight-year-olds. In Wiener Neustadt, David Horvath was gained several placing in the classes for five-year-olds, riding Vroom de la Pomme Z (s. Vigo d’Arsouilles) and On Top van het Meerdaalhof (s. Elvis Ter Putte). In the classes for six-year-olds, Horvath had Nirvana de la Pomme (s. Elvis Ter Putte) under the saddle. Finally, we noted a fifth place on the finals for seven-year-olds for Anastasiya Sherbakova on Impact Fanco’s (s. Denzel van het Meulenhof) in Lithuanian Darguziai. 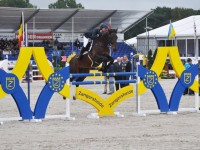