Fantastic results at the third phase of the BWP st... 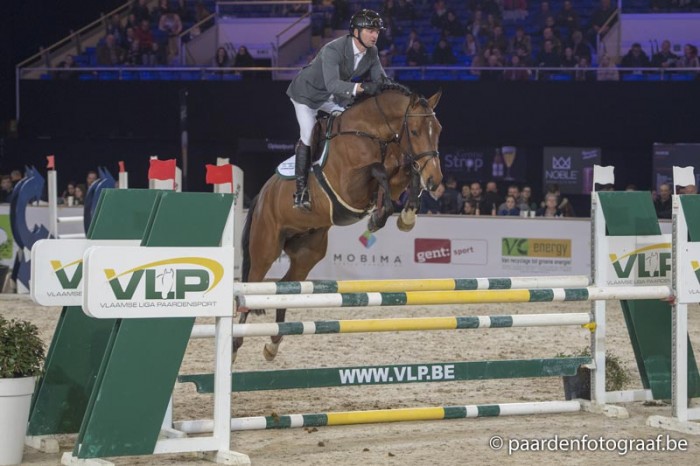 We have just come back from a more than successful third phase of the BWP stallion approvals. All stallions that were presented by us, have been effectively approved for breeding.

First up was Perseus de Muze, a grey stallion by Cera d’Ick and Juno de Muze (f. Quidam de Revel), who is co-owned by us and his breeder, Marc Van Damme. Juno on her turn is a daughter of Fuga de Muze (f. Calato) and then the damline goes back to the inevitable Qerly Chin.

Cariati d’Elsendam can call himself a BWP-approved stallion as well. Cariati is bred by François Verhulst and is a son of Cornet Obolensky out of a Contendro I-mare.

We also presented Pele van de Withoeve at the second phase, but afterwards this son of Hunters Scendro out of mare by Graf Top was sold to Stal Bruynseels and Stijn Van Campenhout. So when he appeared at the third phase, he was no longer owned by us, but he did get his breeding license.

Last but not least, Pommerol de Muze (Emerald x Kannan) got approved as well, but this stallion will not be present in Sint-Niklaas either. Pommerol has been sold to the Dutch VDL Stud at the BWP Top Stallion Auction.

Not only the stallions that were introduced by us showed their qualities, the offspring of some of our other sires impressed as well. Nabab de Rêve even delivered the vice-champion with Poker de Mariposa (mf. Berlin). Vigo d’Arsouilles, on his turn, sired the beautiful chestnut stallion Piece of Cake M.

The PAVO stallion competition also got to an end last weekend at Stal Hulsterlo. Karline De Brabander turned out to be in great shape. Riding Lector vd Bisschop (f. Bamako de Muze) she grabbed a fourth spot in the final for seven-year-olds thanks to an impressive double clear. In the final standings, the combination even took the silver medal. Plato de Muze (Plot Blue x Iphigeneia de Muze) ended third in the final.

Mosito van het Hellehof is one year younger, but he equalled the performance of Lector by jumping a very nice double clear as well with Karline. It yielded them the seventh place in the final and an excellent fifth place overall.  The overall victory went to Mithras de Regor, an Elvis ter Putte-progeny with Qerly Chin in his damline.

At the WEF in Wellington, Theodore Manciais also grabbed a victory (GP3*). This Theodore is a grandson of our famous Fragance de Chalus. Ridden by the young American rider Spencer Smith, Theodore preceded the Canadese veteran Ian Millar and his Dixson (f. Vigo d’Arsouilles, out of the same damline as Candy).

We stay in the USA, but we move to Ocala, where Jeleena de Muze (f. Tornedo FCS) was victorious in a 1.50m-class with Lauren Tisbo, while ending second in a 1.40m-class as well.

Over to the French city Le Mans, where Great Miracle (f. Shindler de Muze) performed once again excellently, this time by ending third in the GP2* with Jérôme Gachignard. Siroco de Coquerie, sired by Querlybet Hero and ridden by Alexis Gautier was second in the same class.

Satisfaction contributed as well last week. Stella Levista took a second place over 1.45m in Oliva, while Starchild was even victorious in the final for five-year-olds in the Italian city Cervia.

Last but not least, we go to Lier, where Jos Verlooy and Japatero VDM (Eldorado van de Zeshoek x Derly Chin de Muze) won a 1.45m-class. Equally impressive was the result for Hervesther in the classes for young horses. Ridden by Bas Moerings, this son of Elvis ter Putte gained three victories in a row. 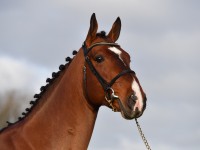