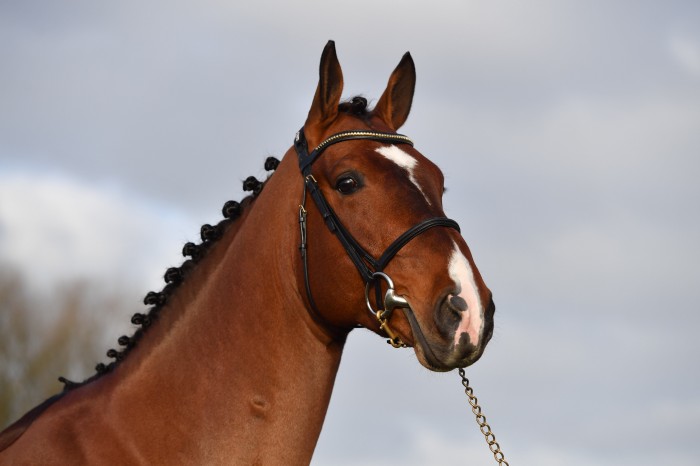 A week ago, we already reported the second place for Q Mosita van Essene at the freejumping contest of BWP-region Wambeek, but last weekend, Mosito van het Hellehof’s offspring performed even better. His first progeny is now two years old and they lived up to the hype at the “Nationale Presentatiedagen” of BWP-region Sint-Niklaas, traditionally the best BWP-region.

In the class for two year old mares, not fewer than three of his daughters claimed a top ten classification. My Call de Muze (mf. Clarissimo Z) ended up as vice-champion, Qordula de Muze (mf. For Pleasure) was fifth. Qordula is the half-sister of our stallions Fantomas de Muze and Lector van den Bisschop. Finally, Quelle Histoire de Tamise (mf. Hos d’O) was rewarded with a tenth place by the jury.

And we are not finished yet. Vigo d’Arsouilles also delivered with two of his daughters in the same top ten: Qornflake Girl de Tamise (fourth) and Quasi Perfect de Regor (ninth).

Over to Bamako de Muze then. He made the success for Stal de Muze in the class for two year old mares complete with Qadira de Regor, who claimed the sixth place. In the class for the male peers, Bamako even delivered the winner in the shape of Qadim de Regor. Mosito also confirmed his excellent sire-qualities. Qatar van ‘t Paradijs was indeed placed second. Conquest de Rigo (f. Fantomas de Muze) jumped to the sixth spot, while Quid Pro d’O (f. Elvis Ter Putte) was eventually rewarded with an eight place.

Same story in the category for three year olds, with once again some excellent performances of the offspring of our stallions. The main role however was for a different sire to be. El Torreo de Muze, last week also in the spotlight due to his victorious daughter in Wambeek, exceeded that performance in Hulsterlo with two of his sons claiming a spot in the final for three year olds. El Forlap DC – DM (mf. Malito de Rêve) gained an excellent third place, the ninth place was reserved for Ecuador DW-Z. Vigo d’Arsouilles contributed to this final as well. His daughter Poppemieke JW van de Moerhoeve was placed fourth.

Our stallions not only perform through their progeny, they also achieved some excellent results themselves, for example in the PAVO Stallion Competition. The fourth leg took place in the context of the sBs-stallion approvals in Gesves.

We end this overview in more sunny regions, namely Vejer de la Frontera. Eros (f. Querlybet Hero) was piloted towards a second place in the GP by Olivier Robert. 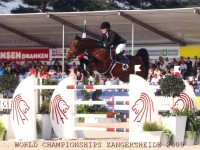