Carembar de Muze seals the deal for Prague Lions i... 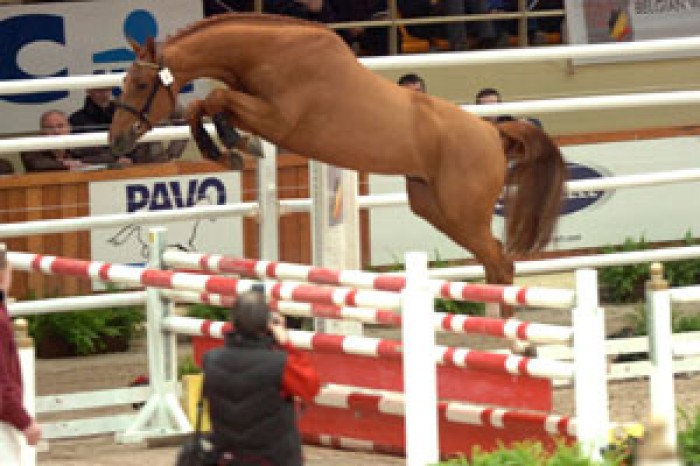 First up, a quick service announcement. Just returned from a successful Toscana Tour in Arezzo with the Brazilian rider Bernardo Alves, El Torreo de Muze is now back at our premises in Sint-Niklaas. More importantly, the son of Taran de la Pomme out of the GP-mare Funky Music (f. Vigo d'Arsouilles) will be available in fresh semen until the end of May. Please feel free to contact us if you have any questions regarding El Torreo and/or his availability.

Let’s dive into the international results then, as Gerco Schröder and Glock’s London (formerly known as Carembar de Muze, f. Nabab de Rêve) once again showed that they are back after some injuries. Two weeks ago they did great in Mexico City and in Miami they topped that by winning the GCL with the Prague Lions. A great success once more for Stal de Muze since Cadeau de Muze did the same in Mexico City for the Miami Celtics-team.

Fair Light van ‘t Heike (f. Vigo d’Arsouilles) was up and running as well. Her Italian rider Alberto Zorzi piloted her to a second place in a 1.50m-class.

From an Italian rider, we go to an Italian city. In Tuscan city of Arezzo, Taran de la Pomme showed his siring qualities, as he did in Miami. In the GP4*, it was Chic Hin d’Hyrencourt that placed seventh with Italian rider Antonio Alfonso.

In the classes for six-year-old horses, Filippo Lupis and Gotham City PL (f. Filou de Muze) discerned themselves once more with a clear round. One category up, Balkan du Villon and Emanuele Gaudiano succeeded in winning a class.

The Zilveren Spoor in Moorsele hosted a three star competition last week and it was Rik Hemeryck that emerged victorious with his Querlybet Hero-progeny Tum Play du Jouas. The duo was unbeatable after a fast jump-off (1.55m). The only seven-year-old Novita Jovial Z (f. Nabab de Rêve), ridden by Laura Renwick, showed his talents by becoming third in a 1.40m-class.

Last but not least is Lanaken, where Global (f. Nabab de Rêve), half-brother to our stallions Fantomas de Muze (f. Sandro Boy) and Lector vd Bisschop (f. Bamako de Muze) became two times fifth in 1.50m-classes with Christian Weier. Finally, to complete this overview, we have to mention Hunter Fairy C. Once more a Nabab de Rêve-product, she finished third in a class for six-year-olds with Dutch rider Lars Kuster. 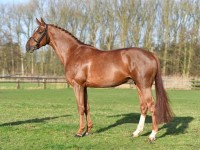