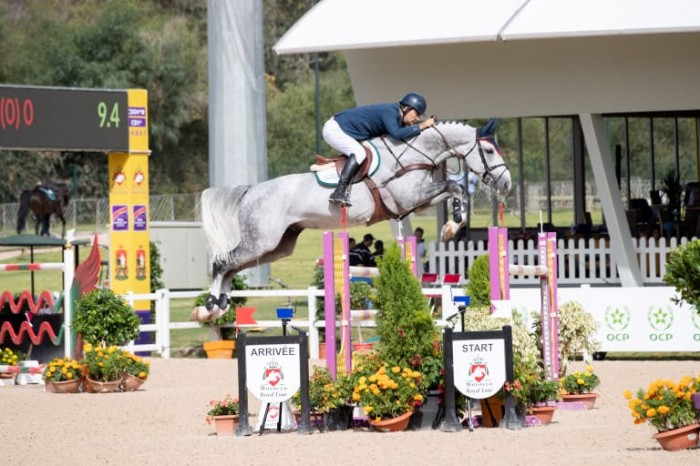 Victory in the World Cup leg and one of only four double clears in the Rabat Nations Cup.  Shortly said, a really amazing performance from our El Torreo de Muze with Bernardo Alves. The Brazilian team eventually only ended in fourth place, but the only nine-year-old El Torreo showed his enormous potential.

For the second week in a row, Don Juan van de Donkhoeve (s. Bamako de Muze) impressed with his new rider Jessica Springsteen. This time, they finished tenth in the GP4* (1.60m) of St. Tropez.

In the GP2* of Le Mans, there was a second place for Aymeric de Ponnat. He had saddled his sBs-mare Elize (s. Bamako de Muze) for this task. De Ponnat equally rode another Bamako-daughter into the spotlights. Riding Honeymore WV, he was placed in the classes for seven-year-olds.

The only eight-year-old Guinness (s. Nabab de Rêve) was piloted to the second place of the GP2* in Oliva, ridden by Harry Allen. The duo also finished fifth in a 1.40m-class. Donatella de la Pomme (s. Bamako de Muze) won the GP1* with Charlotte Lebas. The grandmother of this Donatella is Narcotique de Muze II.

One of the very few progeny by Hugh Grant de Muze stood in the spotlights in the classes for young horses in Lithuanian Siauliai. Susan Kaleta and Herrera were three days in a row placed in the classes for six- and seven-year-olds. 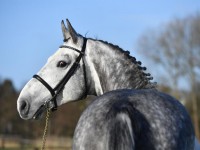 Three in a row for Mithras de Regor in Lier