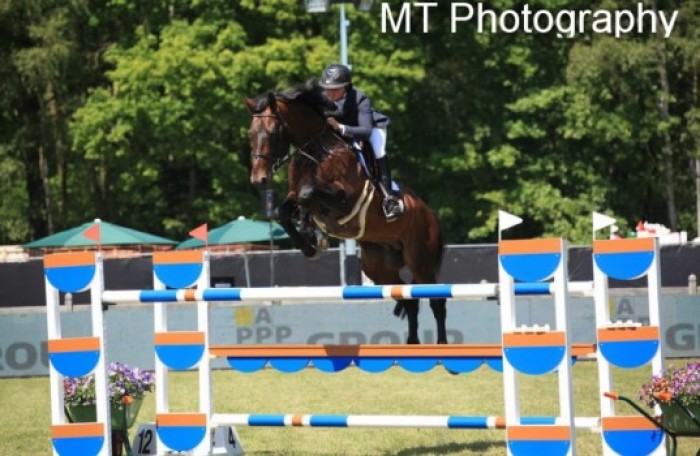 Before continuing with our weekly overview, please pay attention to the following public service announcement. After a long and fruitful breeding season in France, Malito de Rêve and Denzel van ‘t Meulenhof are now back in Sint-Niklaas. They are available every day with fresh semen. Please contact us for more information.

Eros (s. Querlybet Hero) and Olivier Robert showed to be in great shape during the GCT/GCL-leg in London. They took home a fourth and fifth place in two 1.45m-classes.

Jolie van het Molenhof (s. Nabab de Rêve) and Werner Muff won a 1.50m-class in Münster. This combination also finished fourth in a 1.45m-competition. The tenth place in the GP of Münster equally went to a Nabab-descendant, this time Gravity of Greenhill, ridden by Julien Anquetin. Anquetin and Gravity were third in a 1.50m-class as well. Christian Weier and Global (s. Nabab de Rêve), half-brother to Fantomas de Muze and Lector vd Bisschop, were equally good for an excellent placing in a 1.50m-class. They became second. 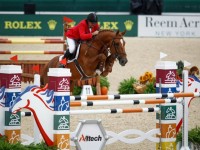