Youngsters by Elvis Ter Putte on the verge of brea... 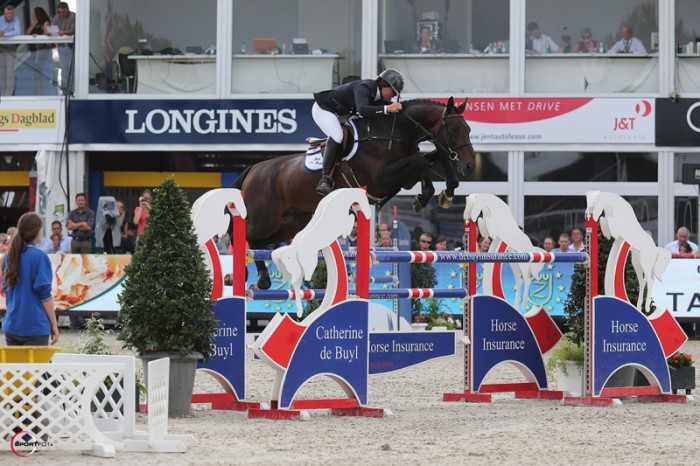 Youngsters by Elvis Ter Putte on the verge of breakthrough

It is common practice for us to report in this weekly overview the great performances of the Elvis Ter Putte progeny that are on the verge of a breakthrough here and there. That is also the case in this week's overview.

Take Melia de Regor (ds. Cento) for example, who won the final for seven-year-olds in Bonheiden, after already taking third place in one of the qualifiers, both times ridden by Gregory Wathelet. Earlier this year, Melia also won several classes at the Sunshine Tour.

Same story for the also seven-year-old Hello Zachary (ex-Markies van de Donkhoeve, ds. Lord Z). Ridden by famous rider Scott Brash, Zachary impressed with a second place in one of the qualifiers and a sixth place in the finals in Italian Gorla Minore.

Once more, a lot of excellent performances could be registered at the 1.40m-level. In Arezzo, there was a fifth place for Netuno vd Wolfsakker Z (s. Nabab de Rêve) and Giampiero Garofalo. Eugenio Grimaldi and Minerva G.I.H. Z (s. Malito de Rêve) even bettered that performance by finishing second in another 1.40m-class.

Yet another victory was gathered by Gotham City PL (s. Filou de Muze) and Omer Karaevli, this time in a class for seven-year-olds in Gorla Minore. In the same age category, there was a fourth place for Alexander Butler on Gaston d’Ecaussinnes (s. Malito de Rêve) in Kronenberg. An equal result was achieved by Daan Van Geel on Hulde G (s. Vigo d’Arsouilles) in Oliva and in Valencia, there was a victory for Jotage B (s. Denzel van het Meulenhof, Matthias Mock) in a class for five-year-olds. Otto vd Bisschop (s. El Torreo de Muze) finally, also scored some clear rounds under his new rider Christoffer Lindenberg in the classes for five-year-olds in Oliva. 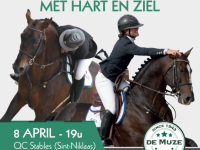