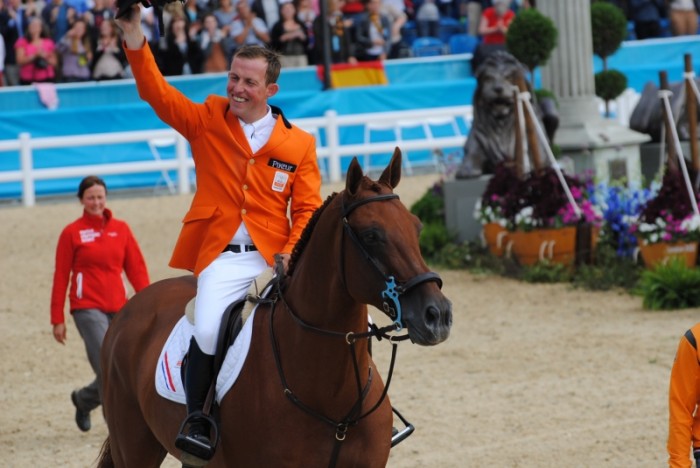 They are not very numerous, the descendants of Glock’s London (born as Carembar de Muze), but they very much seem to have inherited his excellent genes. Last weekend, two of his (young) progeny stood out above the crowd.

In Opglabbeek there was a victory for Omer Karaevli in a competition for seven-year-old horses, riding Hayley (mf. Balou du Rouet). Harm Lahde and Oak Grove’s Laith (mf. Quaprice Bois Margot) even topped that performance by grabbing two wins (including the finals) in classes for eight-year-olds in Neustadt-Dosse.

We noted some more fine results in the classes for young horses at Sentower Park, with the victory in the final for seven-year-olds for Naturelle vh Legitahof Z (f. Nabab de Rêve). With Tristan Guisson, Naturelle also grabbed a couple of honorary places in other classes. Odile Gierech and Geisha des Sequoïas (f. Bamako de Muze) also proved to be a very promising combination. The same goes for Ann Carton-Grootjans and Malissa de Muze (f. Vigo d’Arsouilles). Both these horses are also seven years of age. In the classes for five- and six-year-olds, the spotlight was for Iron Man (f. I’m Special de Muze) and Sjaak Sleiderink.

In the two star classes, Pieter Clemens and Icarus (f. Querlybet Hero) grabbed themselves a nice fifth place over 1.45m.

An out of this world performance from (Loro Piana) Filou de Muze and Lucia Lejeune Vizzini in the very tough World Cup Qualifier of Basel. Only three duo’s managed to clear the obstacles, meaning that Filou de Muze secured the fourth spot with just the single time penalty.

Gerben Morsink and Navarone Z were the duo to keep an eye on at the K+K Cup in German Münster. They did not disappoint with an excellent eight place in the GP and a third place in a 1.45m-class. 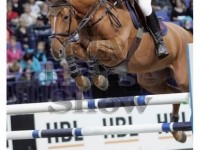