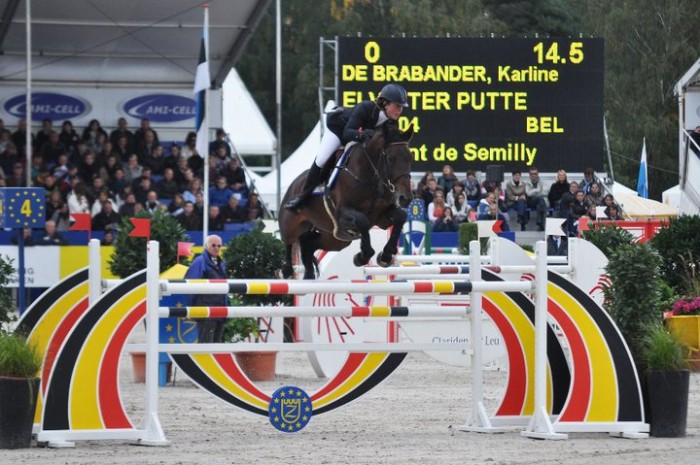 Next to all this Elvis-power, there were a lot of other nice results as well. In Bonheiden, for example, also in the classes for six-year-olds, Daniela Theelen and Filouet (f. Filou de Muze) impressed with their abilities, as did Katrien Nijs and Loulou d’Avifauna (f. Bamako de Muze) in the classes for seven-year-olds. Devon Auerbach and Finale (f. Querlybet Hero) jumped into fourth place over 1.40m and Michol del Signore became eight in the GP2* with Enanda (f. Nabab de Rêve).

Gentiane de la Pomme (f. Shindler de Muze) and Wilm Vermeir proved to be in great shape in Waregem by finishing second and fourth in two 1.45m-classes. Some more Shindler de Muze at the top in Waregem due to a fourth place of Elisa Strubbe and Gladiator van ‘t Paradijs in the CSI2*. Scenletha (f. Scendix), full sister to our Scendro, jumped to a second place over 1.45m with Jack Whitaker, while Dieu Merci van ‘t Meulenhof (f. Bamako de Muze) did the same with Julie Pellerin.

Two household names in the international circuit for young horses in France are Lord de Muze (f. Nabab de Rêve) and Le Coultre de Muze (f. Presley Boy). Last weekend, both of them competed in Canteleu and Barbizon respectively. They did well. Mathieu Billot and Lord signed off with a victory and a third place, while Philippe Rozier and Le Coultre became fifth and sixth in the classes for seven-year-olds. Also in Canteleu, there was a fifth place for Guillaume Batillat and Gravity of Greenhill (f. Nabab de Rêve).

A brand new edition of the ET Auction is coming up and it promises to be a special one, with only promising eventing talents at stake. The ‘Dutch Eventing Edition’ will be running from the 12th until the 16th of Octobre. 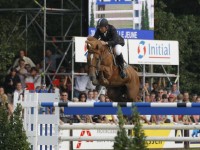