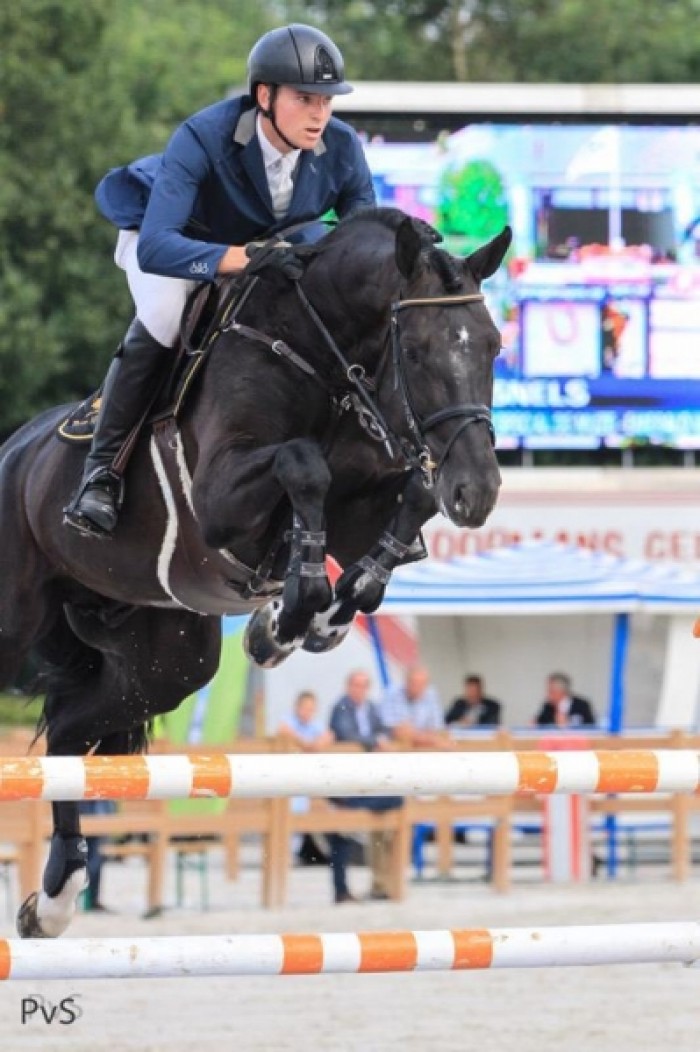 Elvis delivered in the championships for four-year-olds as well. His son Opium van de Caloomeerchen was one of the nine winners in this age category. Valdes Vk Z (f. Vigo d’Arsouilles) became sixth in the BC for five-year-old horses, ridden by Steven Van Meersche. Tristan Guisson and No Limit vh Legita Hof Z (f. Nabab de Rêve) landed on the eight spot.

Not only in Belgium, but also in The Netherlands, there are young horse championships last weekend and this week. Already some fine results there, with a victory for Jamboree TN (f. Vigo d’Arsouilles) in the qualifiers for the four-year-olds final. Jay Star (Big Star x Cardento), who is co-owned by Stal De Muze became third.

Let’s continue with the big internation competitions, where it has been a little quiet regarding the offspring of Vigo d’Arsouilles the last couple of weeks. However, they are up and running again. In Dublin, there was a third place for Lorenzo De Luca and Irenice Horta in the GP, after they finished second in the Nations Cup as well with the Italian team. Also at the five star level, but this time in Valkenswaard, Fair Light van ‘t Heike continued to be in great shape by becoming sixth in the GP with once more an Italian rider, Alberto Zorzi. In Canadian city Caledon, Dixson placed himself seventh in the GP2*, ridden by legendary rider Ian Millar.

Vigo’s sire Nabab to good practice contributed as well for the sake of Stal de Muze. Not in the least once more thanks to Zinius, who ended third in the last class of the GCT in Valkenswaard with Harrie Smolders. In the two star competition, Ignace Philips rode Hanna Van HD to a third place as well over 1.45m. The youngest Nabab listens to the name Monseigneur and placed himself in the young horse classes with Felipe Coutinho Mendonca Nagata.

Elize is one of the most promising descendants by Bamako. With French rider Aymeric de Ponnat, she jumped to a fourth place in the GP of St Lo (1.50m). Bux Bunny de Tiji Z on the other hand is a seven-year-old Bamako who impressed in Opglabbeek with several placings over 1.40m-1.45m (two times second and one time third).

Matisse de Mariposa stood out thanks to one of the young horses in the ET-Auction, the two-year-old mare Queen du Cenet, stemming from his first crop of foals. This mare was sold to Switzerland for 19,000 EUR. Satisfaction also showed his sire skills by delivering number four in the final rankings for filly foals at the French championships in St Lô. 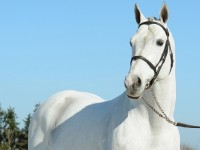 MALITO DE REVES BACK IN BELGIUM