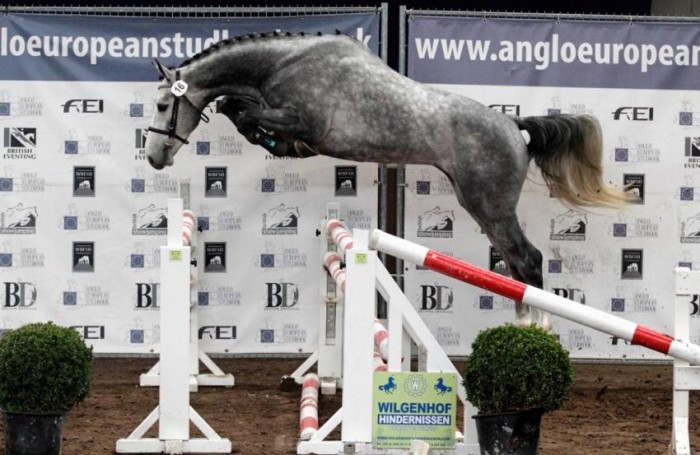 A very successful edition of the AES Stallion Approvals in the Dutch town of Schijndel last week has yielded three new recruits for Stal de Muze. Two of them will be in Sint-Niklaas for the upcoming breeding season. It concerns two grey stallions and both of them look extremely promising.

The first one is called Cuba Libre de Muze and was bred by us. He is a son of Cornet Obolensky out of Call Me de Muze Z. Call Me is on her turn a daughter of Clarissimo Z combined with Ratina Gamma Z, clone of the legendary Ratina Z.

Finally, number three, will fulfill his duties in Switzerland this year. It concerns Fletcher Ter Wilgen Z, son of For Pleasure out of Tigra Ter Wilgen Z (f. Taloubet Z), who was fifth at the World Championships for five-year-olds last year. Fletcher was sold last year through ET-auction and is bred by Wilfried Rooms.

For more information about Cuba Libre, Pegasus or Fletcher, you can always contact us via our Facebook page, through telephone or via info@jorisdebrabander.be.

Find below a picture of Cuba Libre de Muze (upper) and Pegasus van 't Ruytershof (under): Some more young talents in our international overview. This time, a special mention for the offspring of I’m Special de Muze. His progeny shows to be very promising time after time. In Linz-Ebelsberg, I’m Number One Z (mf. Numero Uno) placed himself twice in the classes for five-year-olds. His half-brother Iniesta KS (mf. Larino) did the same in Oliva.

Last but not least, we pass by the Sentower Park, where we noticed a new top talent for François Mathy Jr. The mare is called Nura Lta (f. Nabab de Rêve) and she made no mistake during the three days, resulting in a list of excellent placing. Filou de Muze on his turn seems to pop out as an excellent sire, notwithstanding his limited offspring. In Opglabbeek, Fantasie VHW Z and Gudrun Patteet finished sixth in the final for seven-year-olds.

Also in Sentower Park, Hocus Pocus de Muze (f. Tinka’s Boy) was one of the twelve horses that managed to be clear in the first leg of the GP. Eventually, Hocus Pocus and Lisa Nooren finished eleventh (of 72 starters). Furthermore, In a 1.40m-class, there was a seventh place for Eric Lombard and Vani’Fraize (f. Vigo d’Arsouilles). Finally, in Oliva, Trevor Breen and Gravity of Greenhill (f. Nabab de Rêve) earned themselves an eight place in a 1.45m-class.

To end this week's overview, it is an honour to mention the first place of Zinius (f. Nabab de Rêve) on the most recent WBFSH-rankings for jumping horses. Once again, Nabab establishes himself as an impeccable sire. 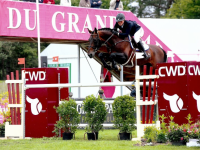