One last look back, but particularly a look at the... 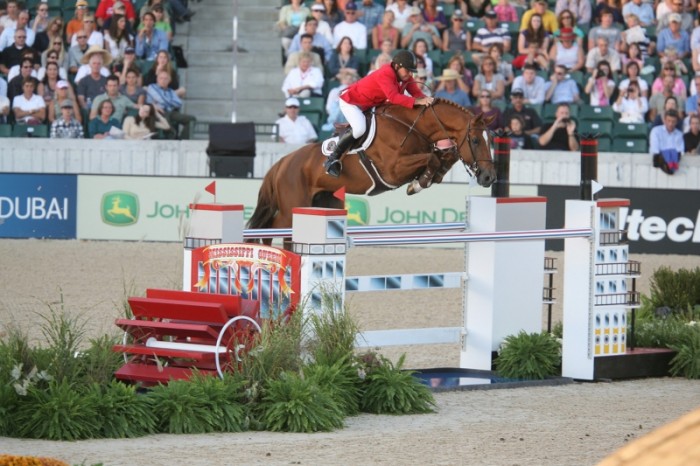 One last look back, but particularly a look at the future

The year 2017 is already more than a week behind us, so it is time for one last look at the highlights of the past year. 2017 started very well with Niels Bruynseels and Gancia de Muze (v. Malito de Rêve) who won the GP of Basel. From Switzerland, we go to the Dutch town Drachten, where Bamako’s daughter Honeymore VW realised the highest price in the Sale of the Rising Stars auction. It didn’t stop there for Bamako, who also sired Elize, a mare that was sold for 250.000 EUR at the ‘The Ten’-auction.

More sporty success in February when the approved stallion I’m Special de Muze was victorious in Neumünster in a 1.50m-class. In Miami, during the Global Champions Tour, it was Grand Cru van de Rozenberg, a son of Malito de Rêve that triumphed in the GP, ridden by Jérôme Guery. In Shanghai, Ensor de Litrange LXIII (v. Nabab de Rêve) did the same thing with Lorenzo de Luca and in Rome it was Glasgow van ‘t Merelsnest, again by Nabab, that took home the victory.

With the younger horses, there were some impressive successes as well. Vigo d’Arsouilles sired almost ten approved stallions in different studbooks, not in the least the champion of the BWP-approvals, O’Neill van ‘t Eigenlo. In Lummen, the BWP Young Future Stars were dominated by the offspring of I’m Special de Muze and at the World Breeding Championships for Young Horses, Kaiser van het Lambroeck and Le Blue Diamond van ‘t Ruytershof both qualified for the final. The latter confirmed all the nice words that have been written about him, by winning the class for six year old stallions at Jumping Mechelen later on.

The future is around the corner

2017 has clearly been a great year, but there is always room for improvement. That is why we also look ahead of us, to the future champions. In the upcoming ET-auction there are a couple of genetic delights that seem to be very promising. For example an embryo which has as its grandmother the famous Diamanthina van ‘t Ruytershof. Diamanthina jumped and won 1.60m-classes herself and she is the full sister to Emerald. Or what about an embryo sired by Fantomas de Muze out of the living legend Fragance de Chalus. Even ‘the mare of the century’, Ratina Z, grandmothered one the embryos in the auction. The father of this one, is the equally legendary For Pleasure.

We hope they can live up to the hype created by their famous predecessors. Cornet Obolensky, for example, is one of the many embryos that was created by Stal de Muze. Mylord Carthago is also one of the successful horses that left the premises of Joris De Brabander as an embryo. Or what about Inshallah de Muze, former champion of the BWP-stallion approvals and since a couple of weeks showing his skills under the saddle of Philippe Lejeune. It can go on and on, Jeleena de Muze, in 2016 winner of the silver medal at the World Championships for seven year old horses, was created and sold by Stal de Muze. Even Whyaway de Litrange XXXIII, the mother of Ensor de Litrange LXIII, is an original de Muze-product.

The auctioning of embryos gives everyone the possibility to acquire the best bloodlines at an acceptable price. We all hope these still unborn talents can fly as high as the famous names mentioned above. 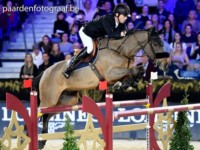