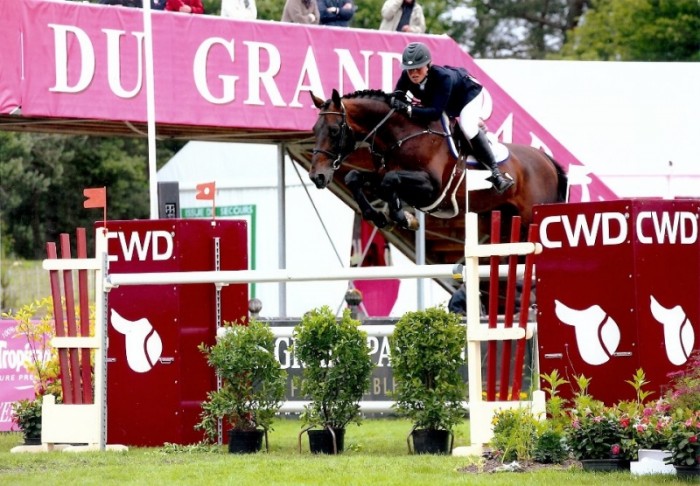 At the Sentower Park, Opglabbeek, the second part of the PAVO Stallion competition took place. In the big arena, our stallion Matisse de Mariposa impressed again in the class for six-year-olds with a very simple clear round and jump-off, ridden by Walter Lelie of course. In the end, they grabbed eleventh place with this performance. In the same class, the Elvis Ter Putte-son Melvis van de Paspolder finished sixth with Gregory Janssens in the saddle. Nick Vrins en Mumbai van de Moerhoeve, a son of Diamant de Semilly out of our mare Ischgl de Muze (f. Nabab de Rêve) delivered a double clear as well.

Last but not least the seven-year-olds, which was the playing field for Plato de Muze Z (f. Plot Blue) who gained an excellent sixth place with Thomas De Wit. Plato is a son of Iphigeneia de Muze (f. Erco van ‘t Roosakker), herself placed in the highest sports with Gregory Wathelet. Plato’s damline goes back to Narcotique II de Muze and then of course Qerly Chin. Also our stallion Gino-H seems back in good shape with a nice seventh spot.

At the Palm Beach Equestrian Center in Florida, the Wellington Equestrian Festival has already completed its fifth week. Important de Muze did excellent once again. Sired by Erco van ‘t Roosakker, this gelding grabbed a ninth place in a 1.50m-class with the Irishman Darragh Kenny.

In the GP2*, also with fences up to 1.50m, the victory went to Imerald van ‘t Voorhof and another Irishman, Paul O’Shea. Imerald is out of the first crop of foals of Emerald van ‘t Ruytershof, when he was available for breeding at Stal de Muze. His mother is sired by Bacardi Orange de Muze, one of our former stallions. Bacardi Orange himself is a son of Cento out of a Darco-mare (Vodka Orange de Muze) and further on it is of course Fragance de Chalus that is at the start of this damline.

Even more sun in the Spanish town of Oliva. It was Joy de la Linière (f. Erco van ‘t Roosakker), whose mother is the half-sister of the aforementioned Important de Muze, that had an excellent week with a third, fourth and eighth place in three separate classes over 1.40m. Her rider is the German Heiner Ortmann.

In one of these 1.40m-classes, there was a fourth place for the Swiss rider Pius Schwizer and Ideal van ‘t Veer. Ideal is a son of Vigo d’Arsouilles.

We end our weekly trip around the globe in more exotic places, more precisely Hong Kong. Here, the Taiwanese rider Ping-Yang Hsieh rode the only nine year old Nabab de Rêve-son Just Energie to a fourth place in a 1.45m-class. 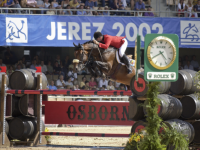